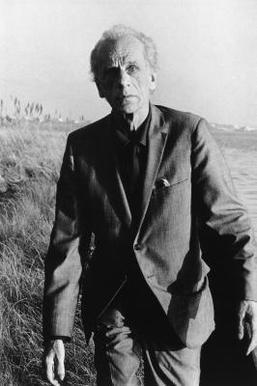 Joseph Cornell (American sculptor and filmmaker, 1903-1972) was a pioneer and innovator in the art of assemblage. Born December 24, 1903 in Nyack, New York, the eccentric artist was largely self-taught and greatly inspired by every day, found objects. He attended Phillips Academy in Massachusetts until 1921 when he moved permanently to the New York City area, where he would remain for the entirety of his life. In the early 1930s, he discovered the work of Surrealist artists Salvador Dalí, Max Ernst, René Magritte, and Alberto Giacometti. Heavily influenced by these creators, Cornell’s works are at once unexpected yet thoughtful dreamscapes. He is known for his unique shadow boxes often constructed of wood with a glass pane. Inside, the boxed assemblages contain a multiplicity of objects from drinking glasses to pipes to starfish.