The photographs of the Farm Security Administration - Office of War Information Photograph Collection form an extensive pictorial record of American life between 1935 and 1944. This U.S. government photography project was headed for most of its existence by Roy E. Stryker, formerly an economics instructor at Columbia University, and employed such photographers as Walker Evans, Dorothea Lange, Russell Lee, Arthur Rothstein, Ben Shahn, Jack Delano, Marion Post Wolcott, Gordon Parks, John Vachon, and Carl Mydans. The project initially documented cash loans made to individual farmers by the Resettlement Administration and the construction of planned suburban communities. The second stage focused on the lives of sharecroppers in the South and migratory agricultural workers in the midwestern and western states. As the scope of the project expanded, the photographers turned to recording both rural and urban conditions throughout the United States. 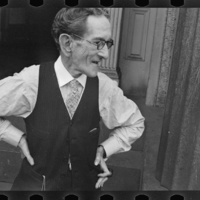 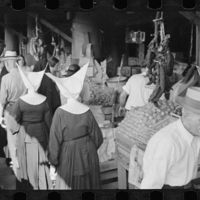 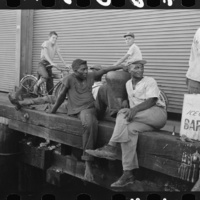 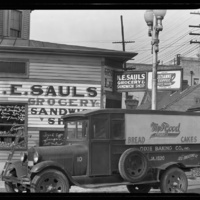 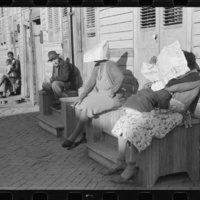 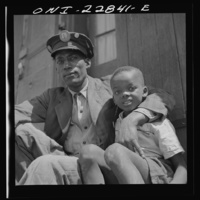 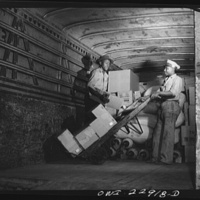 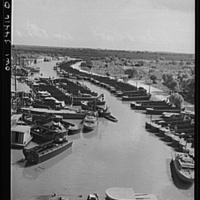 John Vachon - Shipbuilding on the River