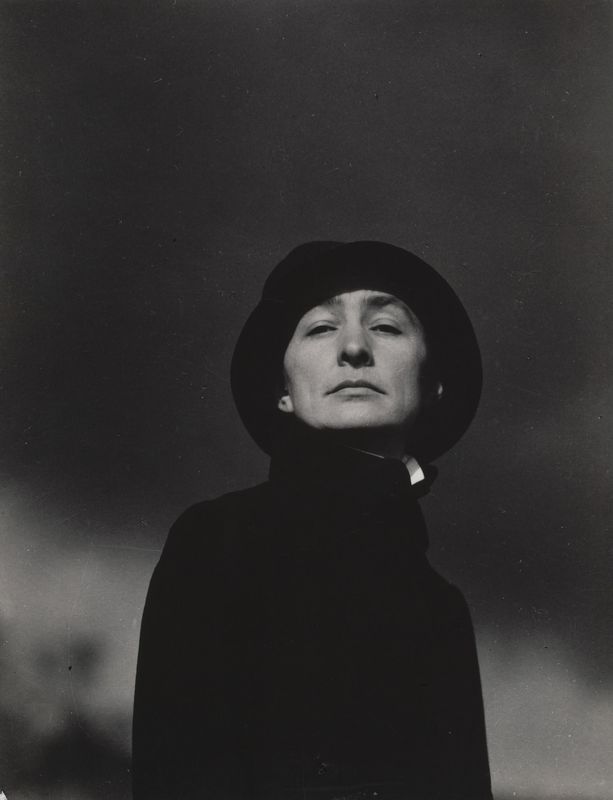 Georgia Totto O'Keeffe (November 15, 1887 – March 6, 1986) was an American artist. She was best known for her paintings of enlarged flowers, New York skyscrapers, and New Mexico landscapes. O'Keeffe has been recognized as the "Mother of American modernism".

In 1996, the U.S. Postal Service issued a 32-cent stamp honoring O'Keeffe.  In 2013, on the 100th anniversary of the Armory Show, the USPS issued a stamp featuring O'Keeffe's Black Mesa Landscape, New Mexico/Out Back of Marie's II, 1930 as part of their Modern Art in America series.

A fossilized species of archosaur was named Effigia okeeffeae ("O'Keeffe's Ghost") in January 2006, "in honor of Georgia O'Keeffe for her numerous paintings of the badlands at Ghost Ranch and her interest in the Coelophysis Quarry when it was discovered".

Click to read or edit the full Wikipedia entry